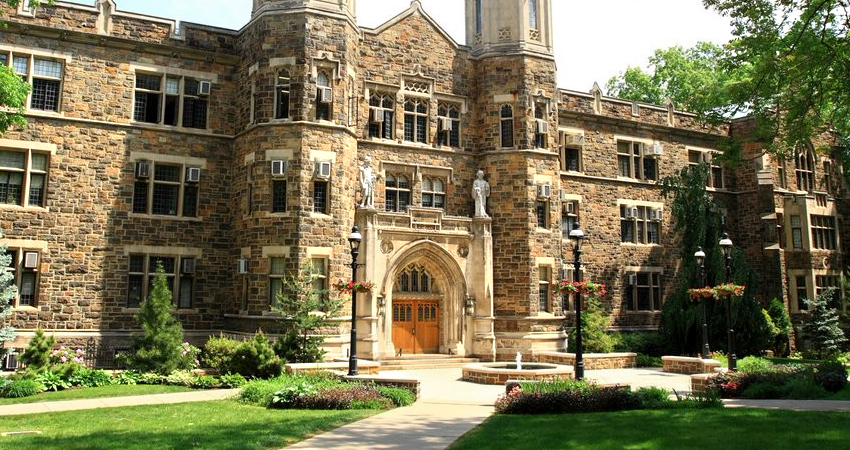 When asking students why they chose this or that college, you expect to hear reasons like ‘strong academic program’, ‘renowned professors’, and ‘good career prospects’. However, the reality is more down-to earth. In fact, Adam Gross, a well-known architect, says that most freshmen name two reasons: either financial benefits or a beautiful campus.

The power of beautiful campuses is not limited to the attraction of indecisive students, since curious tourists enjoy them just the same. Breathtaking architecture, picturesque surroundings, and skillful landscaping are the core elements of the appeal. In this article, we offer you a crash-course on campus architecture so that among more than 2,500 American colleges you can discover the best examples of the three factors mentioned above.

According to Mark deShong, an architect living and working in Boston, MA, understanding the relation between the building and landscaping is probably just as important as the campus buildings themselves. The architect draws on an example of Princeton University to explain how the stress on landscape adds to the feeling of idyllic atmosphere on campus. The perfect balance between old stone buildings covered in ivy, cozy footpaths, and enclosed courtyards helps create village-like scenery.

Another aspect to take into consideration when looking for architectural perfection is coherence. For instance, the founders of the University of San Diego were obviously the fans of Spanish Renaissance and their decision to opt for fine ironwork, exquisite facades, and carved wood was a well thought-out one. Add paradise-like courtyards with palms and you earn additional selling points.

Who cannot compete for the prize for the best location is Yale. However, the university management does not give up that easily. For the years of its existence, the building has witnessed a number of architectural styles so its campus exemplifies the three centuries of architecture and urbanism. The aesthetes from different walks of life will find something to enjoy here, be it dorms designed in the 60s by Eero Saarinen or Gothic bell tower, a true masterpiece of James Gamble.

Now it’s high time for you to start planning a trip to one of the campus wonders. Before you decide which one to visit first, have a closer look at each college campus.

With its entryway of hundreds of acres, Stanford’s campus easily wins the competition for the grandest college campuses in the US. Wait till you see mile-long Palm Drive surrounded by pretty buildings with roofs covered with red tile. By the way, the drive is flanked by trees, hence the name. The famous Memorial Church is simply striking. Its mosaic façade is an architectural jewel of the campus. However, the beauty does not end here. Up next is a collection of bronze statues created by Auguste Rodin (Gates of Hell and The Burghers of Calais are among them). Well, this collection alone can be a strong enough reason to visit the place. Don’t forget to climb the Hoover Tower which offers the best view on campus (and on the whole city if the sky is clear).

This is a rural college which holds a striking record: the size of its contiguous college campus is the world’s number one! The campus premises, including vast fields, high mountains, clean lakes, and dark forests, occupy more than 27,000 acres. Surprisingly, Berry has put all the territory to the best of its use. Thanks to its most generous benefactor – Henry Ford – the college boasts beautiful reflecting pools and fountains and awe-inspiring buildings built to the highest standards of English Gothic. However, there is always room for improvement. Right now, they are working on a new welcome center which, according to the official statements, is going to be a ‘simple but beautiful’ building occupying 800 square foot.

A passer-by is unlikely to miss a shiny dome of the main building of the university, let alone the outstanding neo-Gothic Basilica serving as the defining feature of this Catholic school, which is about to celebrate its 180th birthday. The architecture is simply gorgeous. As if it were not enough, the students are lucky to enjoy the stylish quads and a modern football stadium. Since 2014, the campus also has a small sculpture park with beauties in bronze, steel, and granite.

This college is so awesome that it has recently been added to the list of cultural sites under the protection of World Monument Fund.  Another fascinating fact about the place is that Florida Southern boasts the biggest collection of the buildings by Frank Lloyd Wright. They include Annie Pfeiffer Chapel, famous for its stained glass and a tower out of wrought metal. The renowned architect called this place a number-one ‘uniquely American’ campus. We have no reason to disagree with this statement and definitely recommend Florida Southern College for a visit.

After its renewal, Cincy has acquired a surprisingly modern look which has now started bringing the college profits. As UC Magazine has correctly noted, the college proved that there is beauty other than brick walls covered with ivy. Many talented architects contributed to the stylish look of the campus. Among them are Michael Graves and Frank Gehry. Thanks to their genius, the Main Street is heading to the strikingly modern Steger Student Life Center and the Tangeman University Center, now displaying the original tower clock on a tall atrium.

While many campuses strike the viewers with their blend of styles, the University of San Diego adheres to only one – an impeccable Spanish Renaissance. Once you see the carved wood and beautiful facades on campus, you recognize the style immediately. The palm trees and the view on the ocean make the campus more paradise like. The architectural gem of the university is definitely a blue domed Immaculata Chapel, which is a dream spot for Instagram-addicted tourists. Everyone is fond of the Garden of the Sea and a landscaped garden offering a perfect view on the Pacific Ocean.

This park-like campus is located 6 miles downtown. Have you ever dreamt of going to Hogwarts? If yes, then you will definitely enjoy this place. This is an ideal place for studying. It boasts thick forests, pretty pathways, and huge stone walls that look like they’ve been there since the medieval times. The college was named after two explorers. There is a fascinating Frank Manor House that was initially built as a huge private mansion. A reflecting pool surrounded by impenetrable bushes with a one-of-a-kind view on Mount Hood makes the place look even more luxurious.

Just because the campus is located in the rural area, it does not mean it cannot be majestic. The campus area is surrounded by a wall of old oak trees. The place is a paradise for nature lovers: up to 4,500 elms, maples, fir trees, and other trees guard the visitors’ comfort and piece. The ancient buildings exemplify the architecture of Medieval Europe. So, if you have a problem figuring out the next destination for a weekend trip, choose Houston.

The planners of this campus were obviously extremely ambitious and wanted the main quad to be built over the longest among Finger Lakes. DeShong says that they just wanted education to be put on a high platform. However, the initial plan underwent changes resulting into a combination of historic buildings and modern structures. An example of the latter is a wall serving as a video projector. Freshmen and visitors usually adore Cascadilla George with its 8 waterfalls dropping into Ithaca. Beautiful views are also found in botanical gardens and the Newman overlook. The latter offers a breathtaking panorama, so be sure to plan a visit there.

Sewanee, The University of the South (Sewanee, TN)

Here is another rural campus for those who prefer peace and quietness to hectic cities. The campus stretches over the Cumberland Plateau and fascinates its visitors with a beautiful view on the Tennessee Valley. Its delicate Gothic architecture perfectly complements the local forest, serene lakes, and blooming gardens. Spring is the best time for a visit since the air is filled with the smell of daffodils, narcissi, and tulips. One more spot to visit here is the All Saints’ chapel. Attentive tourists will definitely recognize its architect’s source of inspiration – a famous Notre Dame de Paris. If you are lucky, you can attend a performance of the local theater.

One more destination on the to-visit list of the Gothic style fans, Princeton University, has marvelous University Chapel and Cleveland Tower made of stone. However, the beauty of the campus goes far beyond the campus doors. Although the buildings at Princeton are quite a sight on their own, the impeccable landscaping makes them even more exquisite. The campus is crisscrossed with narrow footpaths and small trees and shrubs. Apart from that, the university’s history is also worth discovering. For instance, its Nassau Hall is not simply the oldest place here. It also used to serve as a home to Continental Congress. When you are there, be sure to pop in the Princeton Art Museum and have a look at their remarkable collection, including the works of Andy Warhol and Mayan Jaina.

Located southwest of Philadelphia, this place has a fabulous botanic garden with rare lilacs, tulips, hyacinths, and trees. The most idyllic spot is an amphitheater surrounded by stone tiers covered in grass and tulips. By the way, the Rose Garden has the potential of becoming your most favorite place on the trip.

At the Sample Gates, you will notice a neat red-brick path that will lead you to the campus through Dunn Woods with its ancient trees of the Old Crescent Historic District known for its stone structures. The Student Building is probably the most outstanding here because of its soaring clock tower. If you like flowers, you should come here in spring to be able to enjoy a huge collection of red tulips. Similar to Princeton, Indiana University boasts its own collection of more than 30,000 artworks featuring such artists as Pablo Picasso and Henri Matisse. If you prefer something more original, book a tour to the Kinsey Institute.

While some campuses do not wish to give up their past, Yale University eagerly welcomes changes in the architectural movement. Robert Stern, the dean of the School of Architecture at Yale, is correct saying that the university is a living example of the changes that have been taking place in architecture since the ancient times till modern urbanistic movements. The collection contains architectural elements to impress fans of all sorts of styles, starting from the Georgian style to the Postmodernism. You might also like the peculiar Beinecke Rare Book and Manuscript Library with tall towers under the glass.

This was the list of American college campuses we find the most adorable. Although we are not sure if it’s easier to pursue a degree being surrounded by such views, we definitely think that one or two places like these can make your holiday trip more colorful. 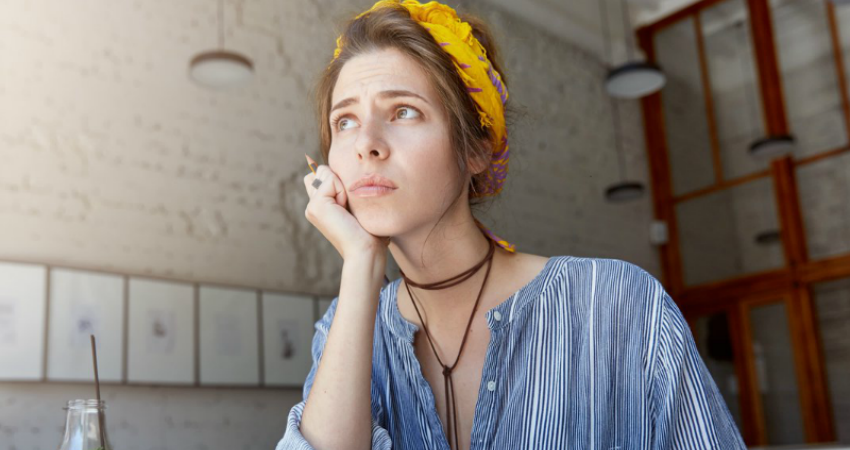 How to Write a Winning Scholarship Essay

Blog categories
Why we are # 1

Get your paper with

for your first order!